A few weeks ago, I was fortunate to attend THAT Conference in Wisconsin Dells – also known as "Summer Camp for Geeks." The developer-focused event took place over three days and included workshops and presentations about everything from API security to negotiating salaries, along with a bunch of great family-friendly activities. I'm proud to say Northwestern Mutual was a Pioneer Sponsor of the conference this year, part of our continuing commitment to advancing the Milwaukee region as a tech hub.

The annual conference also provides a great opportunity to recruit tech talent. This year, I think Northwestern Mutual really stood out from the dozens of companies pitching their stories – thanks to some amazing work done by an unlikely source: Milwaukee-area high school students. 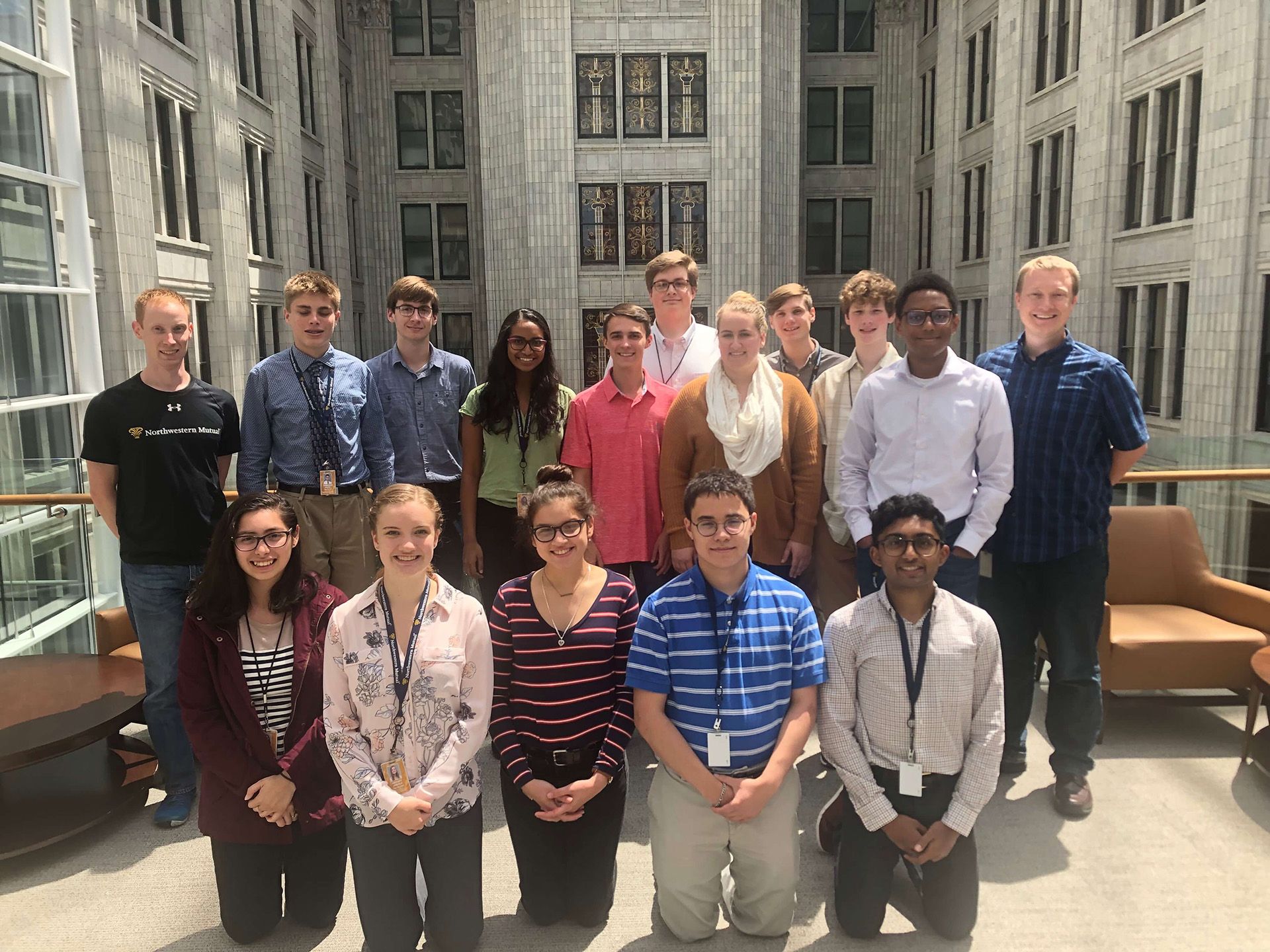 The students attended our Tech Minicamp earlier in the summer. The camp is a four-week, hands-on learning opportunity where high school students gain exposure to the various roles technology plays in a large corporation, while developing skills in web app development, programming, agile development and more. During the month, we have them build something – and it's always more engaging for them to work on a project that they can actually see in use. So this year, we asked them to build an augmented reality scavenger hunt app that we could use for recruiting purposes at THAT Conference. (The proverbial “kill two birds with one stone” approach.)

The students worked in small teams and had the autonomy to build the app according to their own vision. We ended up with four different versions of scavenger hunts and in the end, we pulled together the best from each – special effects from one group, the best user interface from another – to build a final version of the app based on all of their efforts. 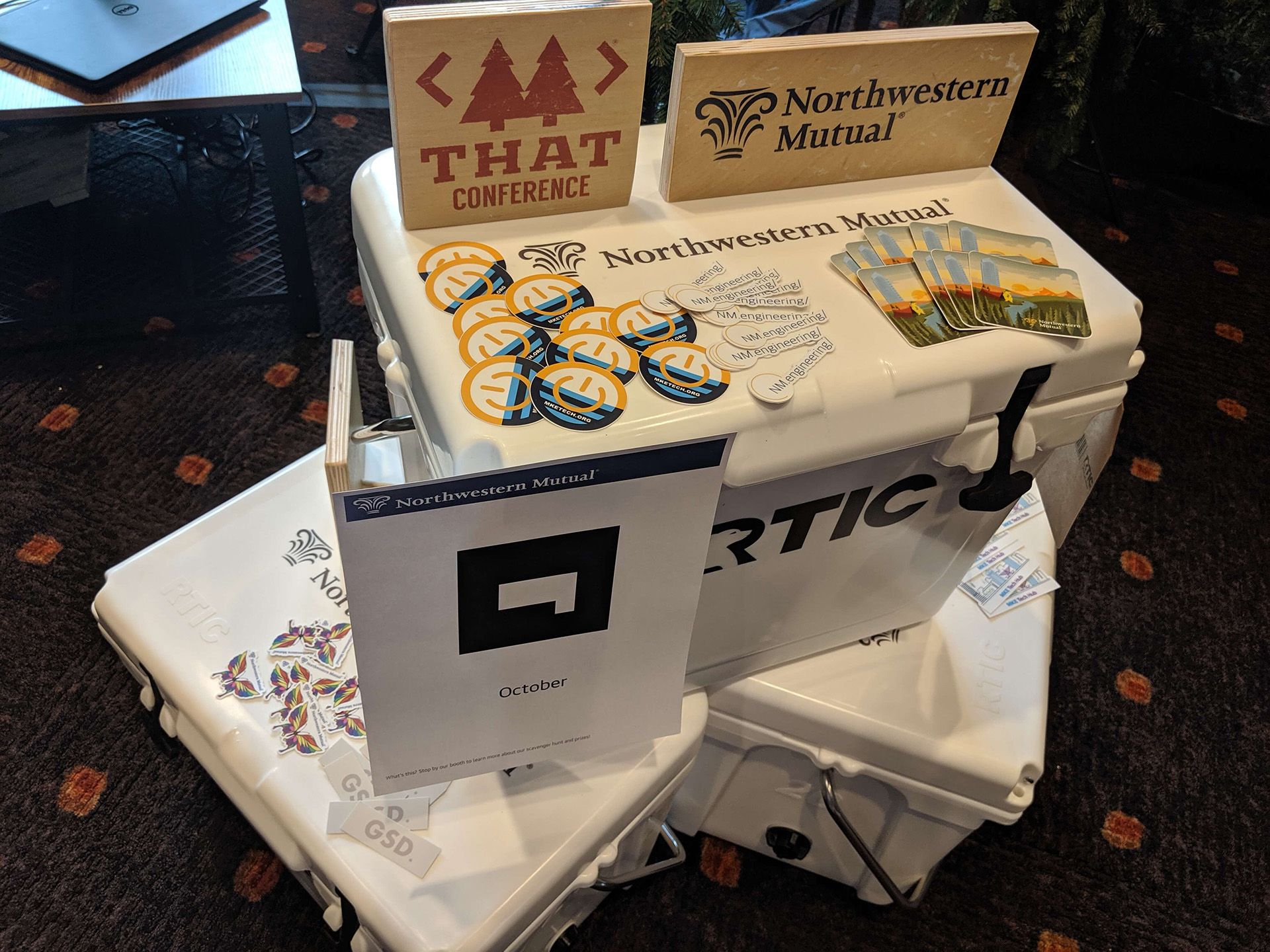 A few weeks later at the conference, participants scanned a QR code to launch the web app, then followed instructions to look for markers on posters throughout the resort and conference center. When a user scanned a marker, a 3D model appeared and asked a trivia question about Northwestern Mutual.

Correct responses earned a point; totals were visible on the leader board at our booth. Throughout the conference, people started coming back to the booth – day after day, or even multiple times throughout the day – to see where they were in the standings. Most of the people we talked to said they were amazed that the app was built by high school students.

It's hard to measure the exact impact the app had on our efforts to recruit tech talent, but I do know we made a very good impression on a lot of people. It helped raise awareness that Northwestern Mutual is a company that invests in its people and the tech community – and future technologists.

It is my hope that people who saw us at THAT Conference said to themselves: "Wow. Here's a company that really takes mentoring seriously. Look what they were able to do with high schoolers; I wonder what possibilities there are for me?"

Five Reasons You Should Join the Milwaukee Product Brew Meetup
Northwestern Mutual Recognized by Celent as a Winner of the Model Insurer Award for Innovation and Emerging Technologies
From Class to Career: What I've Learned During My Internship
View All Articles
Tech CareersNM.com